The future of humankind and dog rests on the fire.

In a distant past, when man and dog first encountered one another… villagers took rest around the bonfire cooking freshly hunted beasts, while hungry dogs surrounded them looking for a chance to scavenge on the remains of their feast…

“Here Comes the Dog” is a 2-4 player analog tabletop game which features an impactful scene of villagers and a bonfire surrounded by a pack of wild dogs. The game captures the theme of an imaginary historical past when humans and dogs were not yet friends but about to be friends through a dramatic encounter.

Only the bonfire knows your fate… Let the fire guide you to a friendly encounter.

Players pick up charcoal, fire, and meat from the bonfire according to the roll of the dice. If all meat are taken, you will be able to feed the dogs and tame them into your animals. But if the charcoals run out, the bonfire will burn out and the dogs will come after you in the dark. Will you be able to domesticate them or dare let the fire out?

The base rules in the 2nd Edition have been updated to allow a more thrilling game experience. The primary changes are follows.

You can play the updated base rules and the variant rules with the components included in the 1st Edition. 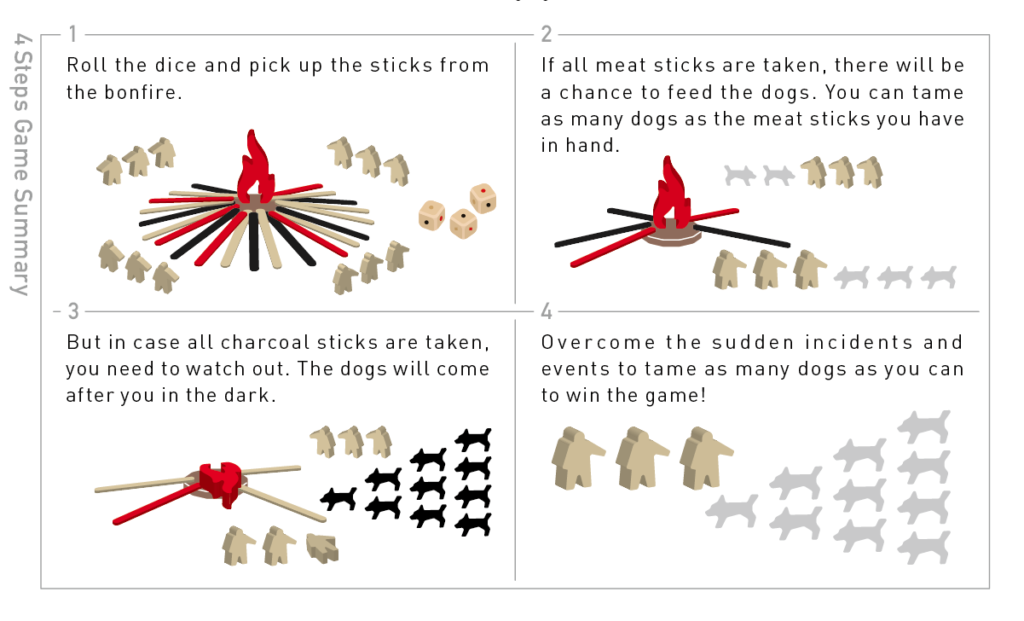